Mirin is a Japanese seasoning. There are indeed several types of mirin in the Japanese kitchen that you can discover in this article : 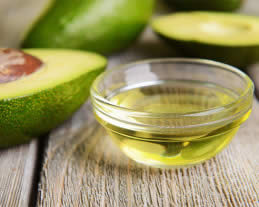 The mirin “みりん” or “味醂” is a typical Japanese seasoning. This sweet and mild “sake” was originally a table alcohol consumed at parties or special occasions.

Little by little the restaurant industry began to use it and nowadays it is only found in the kitchen. The mirin is very interesting because it adds subtle sweet notes to the dish and allows the ingredients to be lightly lacquered and caramelized. Its slightly golden color perfumes and subtly colors all dishes.

For information, mirin has a sweetening power 3 times higher than white sugar, which is very interesting to lighten dishes. Indeed, you are free to replace the sugar in some recipes with mirin.

The manufacture of the mirin

1 Step 1: Mirin, like many basic ingredients in Japan, is made from japanese rice. The rice that makes up mirin is actually a mixture of steamed “mochigome” “もち米” sticky rice.

2 Step 2: Mixture to which a Japanese alcohol is added, the shōchū “焼酎”. This Japanese alcoholic drink is also made mainly with rice. It is a very well known brandy in Japan.

3 Step 3: A koji “麹” is then added which will allow the saccharification of the rice.

We place the whole at a temperature of 20°C while stirring regularly for several months. In the end the whole is filtered and the mirin is the result. The cheapest ones have only a short resting time, 2 to 3 months on average. The best Japanese mirin on the other hand have several years of refining.

There are indeed several types of mirin. They differ according to their more or less long maturing time, their respective alcohol content, the seasoning which varies from one type to another, or whether they are flavoured or not. Some of them are indeed flavoured with plants, flowers, fruits, here are some of them:

1 The “honmirin” “本みりん” is the most classic mirin. It is reputed to be the best, its maturing time is long and its alcohol content is about 14%.

2 The “shiomirin” “塩みりん” contains more salt. Avoid it if you want to correct the seasoning yourself or if you use other salty sauces.

3 the “shinmirin” “新みりん” is the least alcoholic with only 1% and is also the cheapest. On the other hand it is a good value for money, its taste remains very pleasant.

I prefer to use honmirin, which remains true traditional mirin and whose aromas are much more subtle and interesting than shinmirin. Shinmirin is just an industrial imitation, but it is still a good compromise.

Like many condiments, it is a classic and even a must in Japanese cuisine. It will round out the flavors of many dishes and give them a very appetizing shiny appearance. You will also find that your food will stand up better when cooked using mirin.

Here are a few examples of typical Japanese dishes cooked with mirin:

1 “yakitori” “焼き鳥” These are small skewers very common in Japan and France. They are traditionally made with chicken.
2 “teriyaki” “照り焼き” It is a way to cook fish, shellfish or meat with a sauce. They are grilled coated in a special mirin-based sauce that makes them lacquered and tasty.
3 “Unagidon” “鰻丼” It is a traditional Japanese dish. It is grilled eels with a sweet sauce, all laid on a bed of vinegar rice. It is a very tasty dish that you must absolutely taste!