Soba 蕎麦 are brownish buckwheat noodles widely consumed in Japan. Find out in this article its peculiarities and variations. 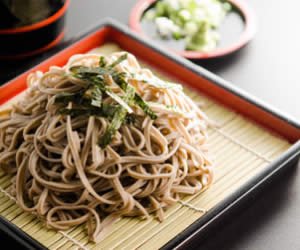 Soba 蕎麦 literally means buckwheat. Soba is a brownish buckwheat noodle widely consumed in Japan just like ramen and udon. They are eaten both cold or hot in a soup broth. It is a dish that exists since the Edo era, (late 16th and early 17th) and became very popular afterwards thanks to its quickness and its nutty taste. Noodles in general in Japan are eaten at any time from breakfast to dinner, they could be considered as a snack.

The making of soba

Soba are made with buckwheat flour and water. The dough is rolled out on a plate and sliced by 1 to 2 mm. The making of soba is an art and a technique, there are soba masters who prepare them by hand and who have their own unique recipes. Watch this impressive video of master Tatsuru Rai:

These buckwheat noodles are also industrially made and you can easily find them in Asian grocery stores or on the internet. There are also some with a little wheat flour. Purists will tell you that real soba are those made with 100% buckwheat. 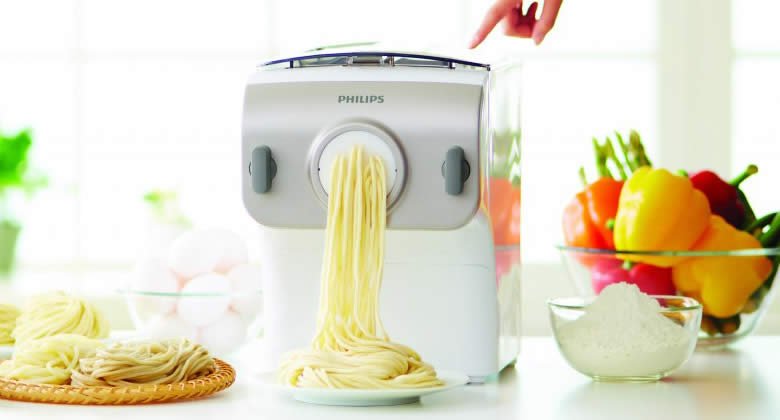 The recipe for soba is quite simple because all you need is buckwheat flour and water! In Japan, there is a machine from Phillips that allows you to make your own soba, or noodles in general.

The cutting, the kneading and the thickness of the buckwheat noodles are very important. I think this machine is ideal for people who want to eat fresh pasta. Indeed, thanks to this machine, the cutting is regular and the pasta is really good.

The cooking of the soba, 1 min chrono 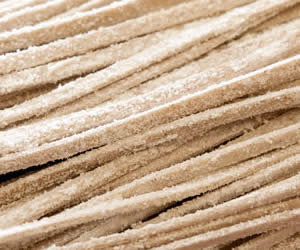 Its cooking is very fast, you just have to boil water to immerse your buckwheat pasta during 1 minutes and to rinse it under cold water. The cold water allows to stop the cooking and to make your pasta melting. It also gets rid of the starch, which makes your pasta smooth and not sticky. It is a base of noodles that has a nutty taste and goes well with other foods such as vegetables, meat nori etc…

Quick to prepare, soba is an excellent dish for health. Indeed, because of its low glycemic index, it allows you to feel full for a long time while releasing energy during the hours. So you don’t risk putting on fat by eating this pasta.

Mori soba is the most popular form of cold soba. It is served on a bamboo box, with a small bowl of broth, green onions, called negi as well as wasabi. These condiments must be mixed in the shoyu soy sauce broth, then you dip your noodles with Japanese chopsticks in this mixture before eating them. The bamboo box allows you to “wring out” the soba and to catch them well because they are quite smooth. The zaru soba have the same aspect as the mori soba, the only difference is that there are thin slices of nori on the top. 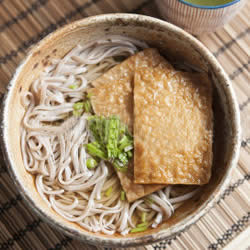 Kitsune is one of the most popular dishes in Japan, it consists of either soba or udon in a hot broth accompanied by green onions and abura age, fried tofu on top. 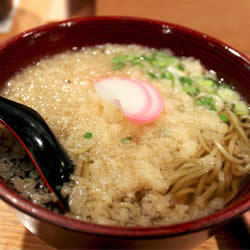 Tanuki is similar to kitsune except that instead of abura age is fried tempura called agedama. The agedama adds crunch and melts in the hot broth. It’s delicious! 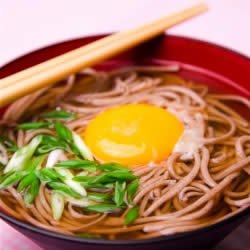 Tsukimi is a dish made of soba or udon in a broth with a broken egg on top. The name of this dish comes from this egg which reminds a full moon. Indeed, Tsukimi is a mid-autumn festival meaning “contemplation of the moon.” 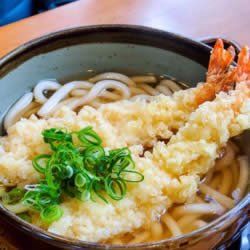 This popular dish is made of soba on which shrimps are placed surrounded by fried breadcrumbs. You can usually find this dish in soba-ya restaurants 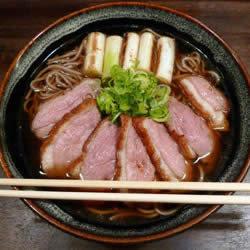 Kamo nanban is made of soba with thin slices of duck and green onions in a broth. Nowadays, the duck is also replaced by chicken

There are many dishes with this buckwheat pasta but these are the most popular.

The varieties of soba

As seen above, soba are made of 100% buckwheat but there are variants with wheat flour, yam or green tea!

Juwari or towari are the soba containing 100% buckwheat, they are generally more expensive than those containing wheat flour.

The soba-ya, the soba restaurants 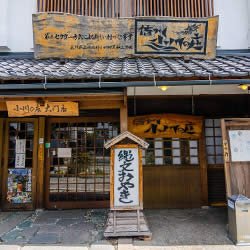 Soba restaurants can be found everywhere in Japan. However, the soba tastes different in each restaurant because each one has its own technique and recipe. There are always Japanese chopsticks, shichimi (Japanese 7 spices condiment) and toothpicks on the table. These noodles can be served with sake. To order this buckwheat noodles, you must always specify the type of noodles because most soba restaurants also serve udon noodles. For example, if you want a kitsune, you have to specify a kitsune-soba or a kitsune-udon.

For information, mori-soba and zaru-soba are prepared exclusively with soba. Nabeyaki-udon (a winter dish with udon, vegetables, tempura and eggs…) are prepared only with udon noodles.

The different soba specialties according to the regions

Soba exists all over Japan, but some regions are specialized like Nagano and Yamagata prefectures. 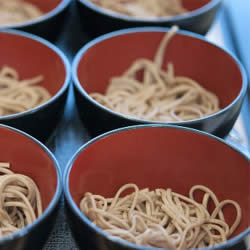 The principle of these restaurants is to eat soba at will. Each portion contains one bite of dough, and the waiter fills your bowl when it is empty. You stop when you can’t eat anymore of course. The first serving is plain and then sides are added from the second bowl on. The average for women is 30-40 bowls and for men 50-60 bowls 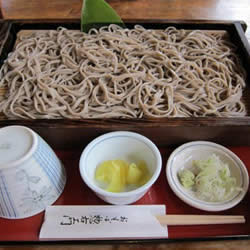 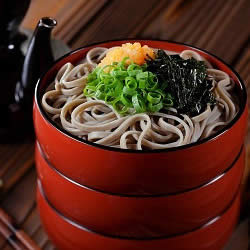 Izumo-soba contains the hull of buckwheat seeds in its production, which is why the smell of buckwheat is stronger and its color is darker. This dish is served in a 3 tiered dish with a variety of different toppings 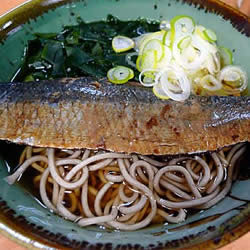 This dish is named because of the herring placed on top of the noodles which is called Nishin. The herring is dried and then braised and dipped in a sweet sauce.

In Uji, with green tea 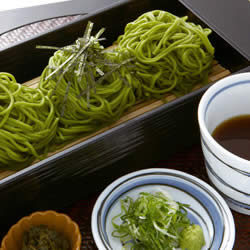 Uji is a city that is famous for its green tea. These soba are mixed with green tea powder that is why they are green. They are eaten hot or cold and are accompanied by vegetables, meats, etc … 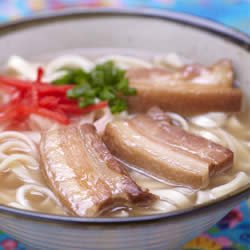 Okinawa noodles are not made with buckwheat flour but with wheat flour. Its texture is between soba and udon. This dish is usually served in a hot broth with simmered pork slices, green onions and pickled ginger.

Soba for the New Year in Japan 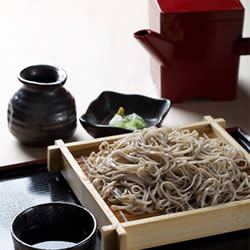 It is an old New Year tradition in Japan to eat soba while the bells are ringing for the New Year. These noodles are called toshikoshi-soba. It is thin, long and represents longevity