It is very hot in summer in Japan, to refresh themselves, Japanese drink among other things a lemonade called Ramune, the Japanese lemonade with a very original design. Let’s discover it:

The Ramune drink, sealed by a glass ball 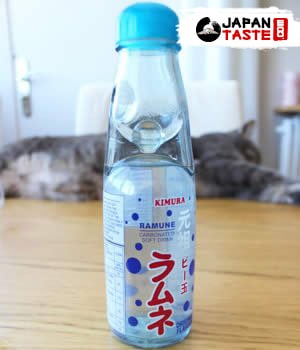 Ramune ラムネ drink is a Japanese alcohol-free lemonade. Ramune is a phonetic distortion of the English word“lemonade”. It has been sold since 1876 in Japan and is widely consumed in summer. The real particularities of this drink are in its design and its original opening as well as in all its declensions of tastes.

It is true that all its originality comes from its bottle and not from its rather common lemonade taste (at least for the classic version). Its shape was patented by Hiram Codd its creator in 1872 in the United Kingdom. This bottle is called Codd Neck, because of its shape and as a tribute to its inventor. Ramune bottles are made of glass, its shape is curved and inside is a ball of the same material. This ball closes the bottle thanks to the pressure generated by the carbon dioxide contained in the bottle.

There is a plastic utensil sold with it that allows to open it, you just have to press this utensil on the top to release the ball in the bottle.

“Easier said than done” indeed, the first attempt is often very perilous even with the instructions on the back of the bottle. You often fail! It is a question of habit, the Japanese are very fond of it.

Nowadays, you can also find them in PVC plastic, in smaller size for children, in cans… In Japan, you have to bring back glass bottles.

The different flavors of Ramune lemonade

The classic one is the lemon one, the one you will find everywhere in Japan. There are more than 30 variations. The most improbable and typically Japanese ones :

Ramune lemonade is produced by the company Sangaria

, you can go to their website to have more information.

How to open a ramune, video explanation :

It is true that the first time, the opening is quite surprising but very innovative! The taste itself is neither exceptional nor bad but it is still to be tested just for its opening. It will surprise your guests. You can find it in Asian grocery stores or on the internet.

Like all popular products (like Kit Kat in Japan), Ramune derivatives can also be found in confectioneries: 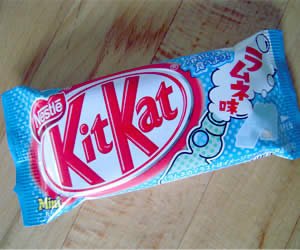 We only know the chocolate kit kat but in Japan there are a variety of the most unlikely flavors including Ramune! 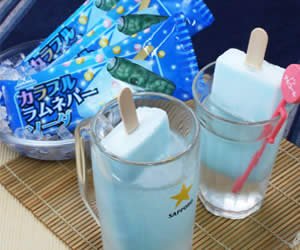 Ice creams are also available, with a lemonade taste! 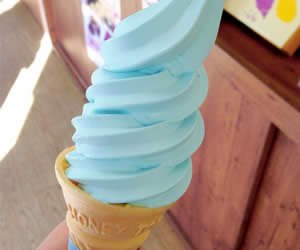 You can also order lemonade-flavored Italian ice cream on the street! 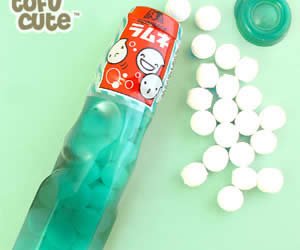 In pastille, the packaging is the same shape as the bottle, you will also find some with grapes. 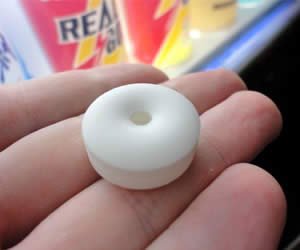 The shape of this candy is reminiscent of the top of the bottle.

The marble also turns into a candy!

Even baked goods are getting into the ramune flavor, maybe melon pan will get into it too!