The most popular mayonnaise in Japan is the Kewpie brand, easily recognized by its little doll logo. Discover its taste and its use in Japanese cuisine.

Presentation of Kewpie, the Japanese mayonnaise 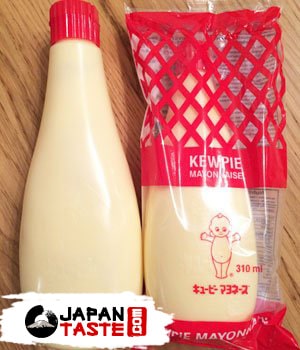 Kewpie mayonnaise was introduced in Japan in 1925 and since then its popularity has increased. Originally, Toichiro Nakashima was the inventor of this mayonnaise after several culinary trips to the United States. At the time, Japanese people were not at all familiar with mayonnaise so Toichiro changed the recipe by increasing the amount of egg yolk.

Then to launch his product, the mayonnaise was marketed under the name of Kewpie from the popular doll created in 1909 by the illustrator and artist, Rosie O’Neill. Its taste is really different from the French mayonnaise because it is softer in the mouth and less vinegary.

At first sight, one could find strange the association of a doll with a mayonnaise but in fact the Japanese like to have a mascot for each product.

The most famous, the red one

It is made only with egg yolks instead of whole eggs, compared to the American version, and the vinegar is a proprietary blend containing apples and malt vinegar. There is also oil, spices and seasonings.

In this one, you can taste the egg more. It has a thick texture and holds together well.

This version goes well with salads and also with takoyaki (octopus balls).

On the internet you can find recipes to make this homemade mayonnaise, in video in English:

Kewpie mayonnaise has made its mark in Japanese cuisine, particularly as an accompaniment to salads, but also in many popular dishes. Its soft plastic bottle makes it easy to pour the sauce quickly. 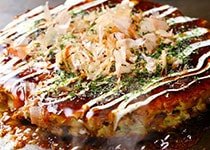 L’okonomiyaki is a thick salty “pizza-crêpe” very popular in Japan, Kewpie mayonnaise is spread in the last phase of preparation with the most original patterns. 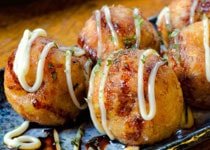 The takoyaki are octopus balls that are very popular in Osaka. Mayonnaise is put on top with katsuobushi andaonori 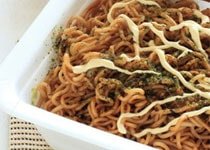 The yakisoba are not cooked with soba (buckwheat paste) as one might think but with noodles similar to ramen. The yakisoba are sautéed on a plancha with vegetables and meat. A little Kewpie mayonnaise is added on top. 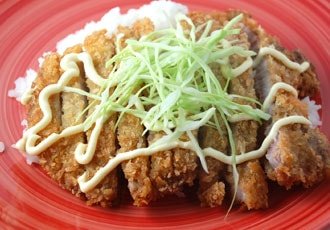 Tonkatsu is a Japanese dish made of thickly breaded and fried pork that is very popular in Japan. Occasionally you will find Kewpie mayonnaise on top. 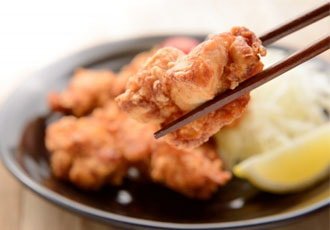 Karaage are thinly sliced chicken fritters that are fried several times and served with a slice of lemon and Kewpie mayonnaise.

And for fans of Kewpie mayonnaise, you can go to the Mayo Terrace in Japan in Tokyo.Here, fans can learn more about its history and how mayonnaise is made by getting inside a giant mayonnaise bottle! 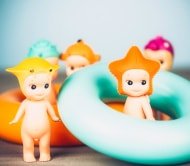 There is also an art gallery, various merchandise, and an official Kewpie museum. You can even try making your own mayonnaise! Special flavors of mayonnaise are also available for sale. It is the most sold mayonnaise in Japan, every Japanese household has it in their fridge! In France, you can find it in Asian grocery stores or on the internet.